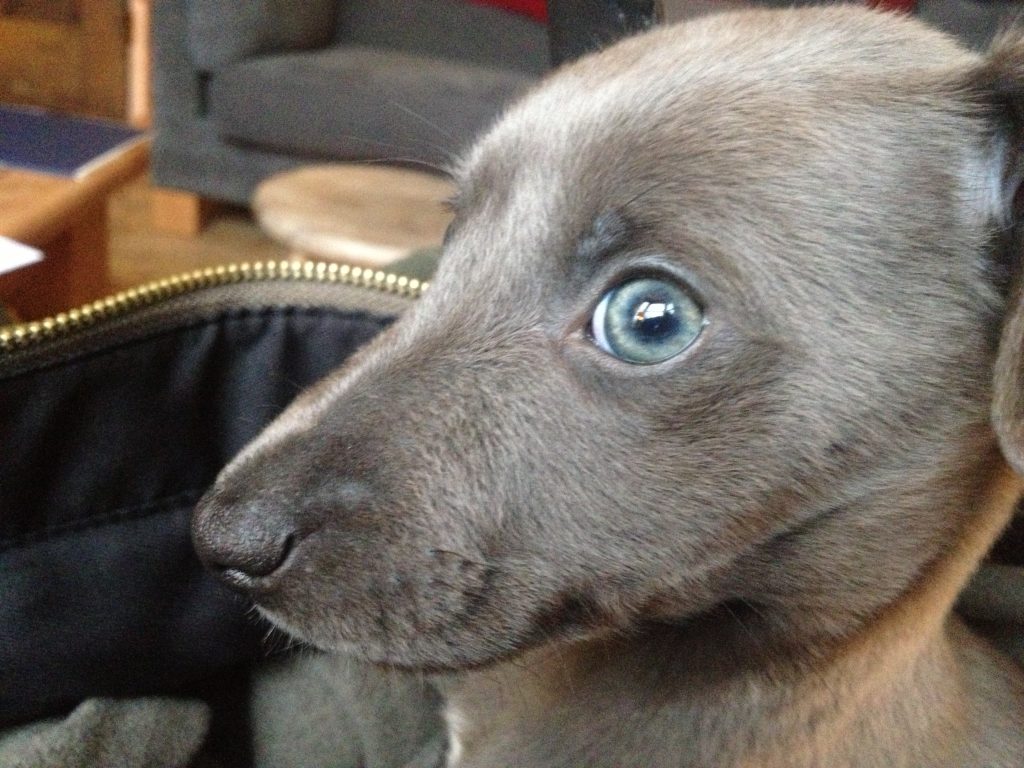 Beau chases a police horse. The policeman on board slows, aware, but Beau is behind the horse. I’m running, calling him, the huge chestnut animal moving at a trot, Beau in pursuit “the dog’s behind you, stop!” Can’t see behind me, he says, carrying on. Beau suddenly shoots out and gallops towards Susanna, on her bike, who’s arrived at the right time. Thanks god. What did he think the horse was going to do? Roll over and wrestle like a cocker?

Heavy stormy sky, rumbles of thunder mixing with the sound of the dismantling of the lovebox site behind the green fences; today the park is full of school kids on end of term picnics and games, litter and scraps of food, crows and pigeons. Water rushing into the small lake, making it deeper at the edge, so Beau takes his time deciding to step in. No rolling in foxshit today.