This site is under construction… 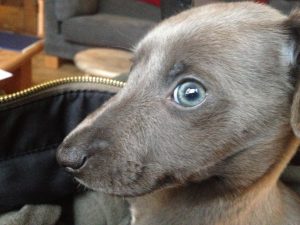 Theatre-making best describes what I do – writing, directing, devising, educating, making music. I was trained as a classical cellist and pianist and after a stint busking in the piazzas of Venice (before I was arrested and stopped) I got work playing the music of great composers in various orchestras.   My job was to DO IT RIGHT, DO IT AT THE RIGHT TIME,  AND DON’T LOOK AT THE STAGE. My creative imagination was never musical  – anything I hummed had been written hundreds of years ago by the greats, I never  had a single musical creative thought in my head, but as I sat in the  ENO orchestra pit playing (frequently tragic) operas I used to mentally  rewrite the plots.  What if Tosca had rescued her lover and the two of  them   had escaped and settled down to marital bliss.  I  idly imagine them in  their little apartment, a few years down the line: him home from the bus driving, fat and watching football, her tired and bored, the kids whining, longing to  get back to the opera singing she’s given up for love  – I killed for you, bastard,  and all you do is  drink  Stella….

It all got a bit distracting, and when you’ve played the 120th La Boheme, perhaps it’s time to do something different….